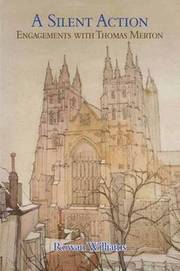 Let me share with you my Rowan Williams story. It is not mine exclusively, we were, I guess, about fifty people crammed into a room hoding thirty at the Oxford Patristics Conference four years ago. The person presenting the paper was about to begin when a tall man was making his way silently through the crowd, making it to the front row, and then sitting down on the floor right in the front, ready to listen. That’s the Archbishop of Canterbury for you. Since then this is the standard by which I measure bishops. Few pass.

Williams is probably one of the most quoted theologians today, but he is still somewhat difficult to grasp. The problem is mostly practical (though his writing is quite difficult at times in his more academic writings) – what should one read? He has some 30 books published in his name, but it is difficult to discern what is essential reading. This impression is strengthened by the way he is cited – usually people pick a few sentences from an essay which based on the title is about something completely unrelated, published in a book about icons or something. What should one read? (I notice than Ben Myers is about to publish a book

on him soon, maybe that will give us some clues?)

This small book collects five essays and a poem by Williams on Merton. They are all interesting, but it is not a book to read if one wants to know Williams rather than Merton. That is to be expected. I certainly came away from it feeling that it might (soon) be time to re-read some Merton. Even more, I felt it is time to read Evdokimov properly – one of the texts compare Merton and Evdokimov. I guess that is a good result for a book like this.