This year, Lunar New Year fell on Feb. 1 and welcomes the year of the water tiger. You might be thinking how the element of the water tiger has anything to do with the rising of Asian hate and Anti-Asian racism. I will explain the link between these two things shortly, but let me explain the situation. As I have written in my previous blog called “COVID-19 & hate crimes”, we witnessed what will happen when some people use any opportunity to attack people of color and minorities. We learned that social exclusion and discrimination based on race would only condemn a society to destruction. Since the pandemic began in 2019, Asian people have been experiencing record amounts of denigration, hatred, and racism.

COVID-19 did not only take the life of some people and isolate some, but the byproduct of this virus was also race-based traumatic stress for some of us. Robert T. Carte has published a research article on the issue of race-based traumatic stress, “Racism and Psychological and Emotional Injury: Recognizing and Assessing Race-Based Traumatic Stress”. Carter’s article aims to discuss the psychological and emotional effects of racism on people of color. 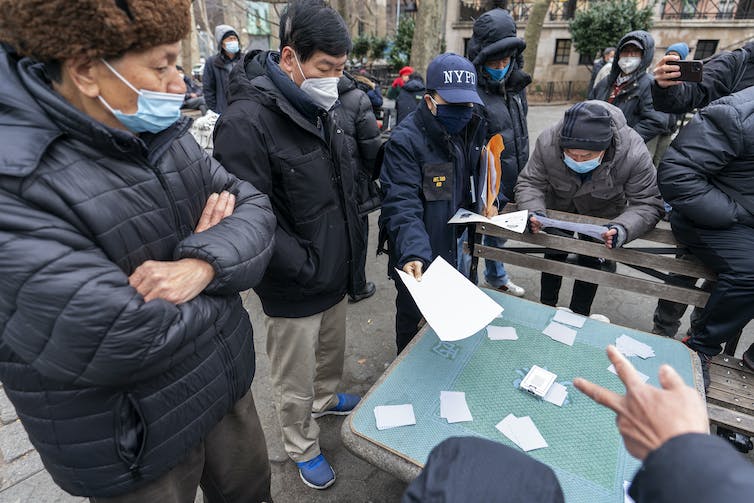 When you are being attacked just because you happen to be a person of Asian descent, something must have gone wrong in that society. This hate will create an invisible border around your whole being, and suddenly you as an Asian are responsible for a global pandemic. Many blame former U.S.  President Donald Trump for calling COVID-19 the “Asian flu, “Kung Flu”, and “China Virus”, among other terms, for this increase in violent attacks and harassment. And while it certainly contributed, these violent attacks, harassment and hate expressed against people of Asian descent did not begin with Trump or the pandemic (Chai Yun Liew, 2021).

Data from the Federal Bureau of Investigation (FBI) has announced that hate crimes against Asian Americans rose 73 per cent in 2020 compared to 2019. What is interesting is that Canada has more anti-Asian racism per capita than the United States – more than double the number of those reported in the U.S (ibid). Now imagine how it does feel to be not only cautious of a global pandemic but also to be alert not to be attacked. Seventy-two per cent of Asian Americans who reported a hate crime said discrimination was more stressful than the pandemic. Hate crime has created a border of interpersonal shame and stigma, which adversely affect one’s health.

Coming back to the year of the tiger. Let’s be together like tigers; let’s be fierce, bold, persistent, and courageous in our never-ending fight against discrimination. Let’s be tigers in the year of the tiger to fight all forms of racism, and xenophobia and let’s be united in our struggle to end white supremacy. Let’s learn from our past mistakes to create an equal society and world.

Liew, J. C. (March 2021). The Atlanta attacks were not just racist and misogynist, they painfully ferlect the society we live in . Noudettu osoitteesta The Conversation: https://theconversation.com/the-atlanta-attacks-were-not-just-racist-and-misogynist-they-painfully-reflect-the-society-we-live-in-157389