In the last blog, I discussed how research conducted in higher education in the U.S. had been co-opted to benefit corporate interests. I also discussed that the cost of education is rising in public universities and, the recently more numerous, private for-profit universities. These aspects of the privatization of higher education are crucial to understanding when analyzing how these conceptual borders are created and maintained. It is essential to, at this time, discuss one of the significant events that led to this shift in the purpose of higher education. In the late Twentieth Century, the World Bank set the worldwide plan for higher education. It issued a report that said there needs to shift from the “basic needs approach” to one that called for universal primary education, the progressive privatization of secondary and higher education.[1, 2] This shift continues today as the World Bank continues to push for the expansion of Public-Private Partnerships in Ghana and Nepal[3]. To understand the goals for this shift, we need to continue building on the analytical framework from the previous blog.

Within this context, we need to understand that this new stage of globalized capitalism has distinct needs for the global labour supply, particularly those coming from higher education. It needs organic intellectuals that will strategize for the system, and it needs a vast group of people doing routine deskilled labour intended to support the development of transnational capital.[4] The overwhelming majority of the world’s population that does not pursue higher education is seen as surplus humanity. Their resources are to be extracted, and their labour is exploited to generate value for the transnational elite. This is the World Bank’s vision for education, and it is why we are observing these systems of Social Exclusion and perpetuation of conceptual borders today.

In the United States, the total student debt is $1,61 Trillion, accumulated from 43,4 million borrowers. In 2004, that number was a mere $345 billion.[5] That is an increase of 467% in less than two decades. This debt that 43 million people have accumulated is, perhaps, one of the most extensive methods of social control, and it works to perpetuate Social Exclusion by creating several conceptual borders. Firstly, it is essential to understand that high-impact loans disproportionately affect the poorest, sub-employed, ethnically/racially oppressed, and precarious dimensions of the working class. 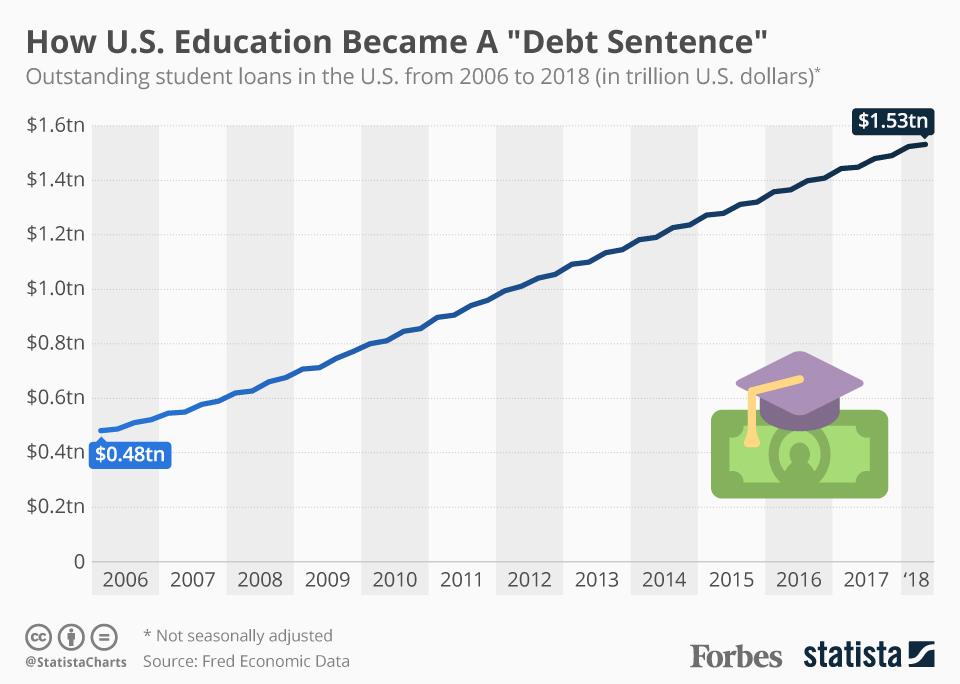 This massive amount of debt serves as an enormous claim on the future wages of the working class, and it also works to make sure that they have the most challenging time earning enough even to begin paying it off.

In the U.S., credit reports have become an effective mechanism of Social Exclusion. Private companies and government positions sometimes require credit checks, and some discriminate based on bad credit, particularly for those in “sensitive positions.”[7] This prevents a significant portion of the population from working in specific careers. As wages stagnate over time[8], paying off these loans becomes impossible. One of the most critical aspects of this credit system is creating these conceptual borders around homeownership. Bad credit will not allow someone to purchase a home, making it challenging to accumulate generational wealth and forcing them to rent instead. In many cases, a bad credit score can prompt a landlord to look elsewhere when looking for a tenant. To begin with, conceptual borders like bad credit that prevent someone from accumulating wealth and tuition hikes that deter people from attending college have been built to lock out this surplus labour from pursuing meaningful upward mobility.

The final aspect that I wish to look at in this blog is, perhaps, the most abstract way of understanding the existence of these conceptual borders. I think it is essential to know how the content of contemporary education serves to create those that gatekeep these borders and motivate students to develop conceptual borders for themselves. Please bear with me because this is undoubtedly a confusing statement.

Firstly, it is essential to discuss how particular ideologies have invaded university campuses. There has been an incredible increase in so-called criminal justice programs and the glorification of the military and security careers within the content of many social studies programs in universities. According to the American Council on Education, “62 percent of responding institutions currently provide programs and services specifically designed for military service members and veterans, up from 57 percent in 2009. Seventy-one percent reported including such programs and services in their long-term strategic plan, a notable gain from 57 percent in 2009.”[9] Ironically, the people in these programs become literal gatekeepers that enforce non-abstract and very tangible borders when they join Homeland Security, the DEA, ICE, and Border Patrol.

Secondly, I want to discuss the commoditized conception of education itself. Many students have developed a consumer mentality of education, believing that they are purchasing a commodity. Brad J. Porfilio, in his article “Student as a Consumer,” states that

Unfortunately, the idea that the pursuit of higher education is akin to purchasing a commodity is becoming increasingly common among students. Returning to Phenomenology of Exclusion, Lems writes about developing an ethnography that focuses less on asking people directly about their lives and more on understanding their human experiences by creating a phenomenology that looks at everyday aspects that make people feel unwanted or undeserving of inclusion.[11] The negative outcome for students in the US is that they forget to acknowledge a truth that has been considered in many other comparably wealthy nations; that education is a fundamental human right – not a commodity. This unfortunate reality leads people to feel they deserve a higher status because they’ve been educated and invested a lot of time and money into their studies or that they are undeserving of education simply because they cannot afford it. The latter of these two outcomes formulates the final conceptual borders. People begin internalizing this ideology and fall into accepting the fact that they are being excluded. Until we can nationalize education and make it an inalienable human right, education under globalized capitalism will only further socially exclude the broader population.